The founder and boss of the company, Andrey Trubnikov is a businessmen who previously ran enterprises dealing with products like import alcohol, dishwashing detergents and shampoo. At some point, Trubnikov noticed that Russia was only exporting oil, gas and other products relevant to the energy sector. He then decided that he wanted to contribute to efforts to move the Russian economy away from the energy sector. To do so, he would leverage on Russia’s abundant natural resources of clean land and herbs, specifically in Siberia.

Therefore, in 2008, Natura Siberica was founded and Trubnikov began producing and selling organic cosmetics under its name. He grew his business with his entrepreneurial skill and wealth of experience. While he met various setbacks venturing into foreign markets in the early days, he continued to expand the company via trial and error and shrewd business strategy. Eventually, the company’s products gained a foothold in the French market. They soon proved popular and grew in demand, expanding into other European nations like the United Kingdom (U.K.)

In 2013, Natura Siberica constructed its own organic farm – the first certified organic farm in Russia – in partnership with representatives of the indigenous people of Siberia, who knew their land and specific conditions for even the rare herbs to grow and to reap a full harvest. At the same time, he paid the Siberian locals to harvest wild herbs for him to produce Natura Siberica cosmetics.

Today, Natura Siberica products are popular in England, Germany, France, China and many other countries. The company has also recently opened stores in Copenhagen. Tokyo and Hong Kong. Now, the company is looking into expanding into online markets. Soon, Natura Siberica will make its name in eCommerce and the natural essence of Siberia can be experienced in cosmetic form everywhere in the world. 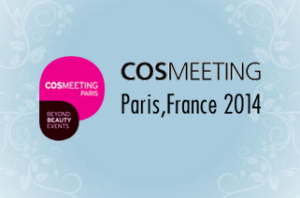 Disclaimer: All our SDG rankings indexes are being revised yearly for best revisions and improvements on implementation by our committed suppliers.
Menu

Close Menu
We use cookies on our website to give you the most relevant experience by remembering your preferences and repeat visits. By clicking “Accept All”, you consent to the use of ALL the cookies. However, you may visit "Cookie Settings" to provide a controlled consent.
Cookie SettingsAccept All
Manage consent

This website uses cookies to improve your experience while you navigate through the website. Out of these, the cookies that are categorized as necessary are stored on your browser as they are essential for the working of basic functionalities of the website. We also use third-party cookies that help us analyze and understand how you use this website. These cookies will be stored in your browser only with your consent. You also have the option to opt-out of these cookies. But opting out of some of these cookies may affect your browsing experience.
Necessary Always Enabled
Necessary cookies are absolutely essential for the website to function properly. These cookies ensure basic functionalities and security features of the website, anonymously.
Functional
Functional cookies help to perform certain functionalities like sharing the content of the website on social media platforms, collect feedbacks, and other third-party features.
Performance
Performance cookies are used to understand and analyze the key performance indexes of the website which helps in delivering a better user experience for the visitors.
Analytics
Analytical cookies are used to understand how visitors interact with the website. These cookies help provide information on metrics the number of visitors, bounce rate, traffic source, etc.
Advertisement
Advertisement cookies are used to provide visitors with relevant ads and marketing campaigns. These cookies track visitors across websites and collect information to provide customized ads.
Others
Other uncategorized cookies are those that are being analyzed and have not been classified into a category as yet.
SAVE & ACCEPT